The MRC should stop finding excuses, and take decisive action to stop Laos and Cambodia from going ahead with any further Hydropower Dam development in the Mekong River mainstream and major tributaries.

Every member of the MRC and of the National Mekong Committees of the Four Lower Mekong countries (Thailand, Laos, Cambodia & Vietnam) KNOWS that Hydropower:

Is NOT sustainable; is NOT a Clean & Green Energy technology; is a constant source of GHG emissions (CO2, CH4, N2O); has been blocking fish migrations since the construction of the Xayaburi Dam in Laos in Nov. 2012; is risking the Food Security of 60 Million poor; is leading to the extinction of hundreds of aquatic species including the Giant Cat Fish, Giant Ray, Irrawaddy Dolphins, and dozens of fish species vital to the diet of communities in the Mekong River; is significantly reducing Biodiversity , and thereby affecting the aquatic food chain; diminishing the fish populations, and thus diminishing the nutrition and health of millions of people who depend on fish for survival; is blocking a high percentage of vital sediments and nutrients that ensure the productivity of the river; is changing the geo-morphology of the river; is further damaging the Tonle Sap lake & Wetlands – i.e. fisheries nursery areas; is reducing water quality; reducing water flows by the upstream Dams in China,  Laos and Cambodia; is ensuring the sinking of the Delta by lack of sediments that keep it afloat; is ruining the productivity of the Mekong River and its Delta both on land and in the aquatic ecosystem by lack of rich nutrients; is promoting an “Environmental Refugees Exodus“ with Farmers forced to leave the Delta because of sinking lands ruined by salinization; is impacting the economies of Vietnam and Cambodia by loss of fisheries & productive lands, among other issues.

Hydropower Dams in the Mekong basin are actually INCREASING POVERTY and Despair, instead of “improving the standard of living and decreasing poverty” as falsely advertised. It is displacing tens of thousands of people from poor communities from their homes, lands and cultural sites, while offering a dismal compensation, which does not support the people to cultivate food or to fish, forcing them into a “market-life style” promoted by the Chinese, but without appropriate training nor money for food! (Despite the empty promises by the Developers to provide training).

Biodiversity is deeply interlinked with Food Security & Nutrition, and they all depend on a Sustainable Ecosystem. Thereby the need to protect ecosystems that support high biodiversity such as the Mekong River!

It is sheer lunacy to knowingly continue building Hydropower Dams, which are NOT sustainable developments, enhance Extinction rates, put at RISK the Biodiversity, the Food Security, Nutrition & Health of 60 Million poor people in SE Asia!

As the F.A.O. (2017) clearly stipulates in its latest ‘Guidelines on Assessing Biodiverse Foods in dietary intake surveys’:

“Current foods systems are facing mounting challenges to provide growing populations with safe, diverse and nutritionally adequate foods because of resource constraints, environmental degradation as well as the continual narrowing of the food base and the loss of biodiversity. Biodiversity is intricately intertwined with food security and nutrition, for it is critical to the availability of nutrients needed to support health and well-being, as well as to the sustainability of the natural resource base upon which food systems rely. Nutrition is at the heart of the sustainable development agenda.”

As it stands, the damage done to fish migrations and biodiversity during the past five years by the three Dams under construction (Xayaburi, Lower Sesan 2, and Don Sahong Dams) – which are blocking their reproductive journeys up and down the mainstream and main tributaries, is already irreversible! 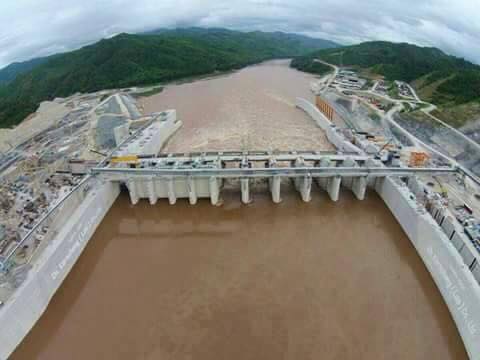 “Examining hydropower development within the Mekong Basin reveals an obvious conflict interest between the needs of upstream and downstream countries, and especially between the priorities of Mekong upper class decision makers directly or indirectly proﬁting from the dams and the majority of the rural poor, whose livelihood they put at risk.

Main stem and tributary hydropower dams impact ﬂood-pulse timing variability, which can have grave effects on ecologic niches, ecosystems and biodiversity. They lead to a long-term decrease in downstream sediment load, which reduces the nutritious load to plains, wetlands and agricultural areas.

Sediment loss is expected to aggravate coastal erosion and saltwater intrusion in the Mekong delta—a region already threatened by sea level rise. Endangered natural environments are, however, not only the Mekong delta, but also the Tonle Sap and southern Cambodian ﬂoodplains. These regions host over one-third of the Mekong Basin population, which depends heavily onﬁsh catch as a source of daily protein.

Migrating ﬁsh will, however, be hindered on their pathway by hundreds of metres of high concrete walls. Fish ladders on such constructions have proven to be mostly inadequate in design, and also cannot prevent migratory ﬁsh from losing their sense of orientation when they end up in a slow ﬂowing large reservoir instead of a stream.

At the dam sites themselves, forced relocation of rural populations often leads to a decrease in resilience and impoverishment.

All the above underline the complexities of the water-food-energy nexus in the Mekong region. Many authors argue that the environmental and social costs of cascading the Mekong and its tributaries probably outweigh the beneﬁts of energy generation, improved navigability, and associated economic development.”

Any new Dams will ensure the extinction of hundreds of aquatic species, a massive loss of biodiversity, the irreparable damage to the Tonle Sap Lake nurseries, will continue sinking the Mekong Delta, and increase the number of ‘Environmental refugees’ fleeing the Delta. Such exodus already started in early 2016, with thousands of Vietnamese being forced off their land by subsidence, salinization and drought. This resulted in the loss of productive land in the Delta and with it, the loss of crops and property.

“About 971,200 hectares of farming area in eight provinces of the Mekong Delta has been affected by salt water, Le Quoc Doanh, Deputy Minister of Agriculture and Rural Development, said.”

The more Hydropower dams are built upstream, the more serious the impacts felt downstream! Every new Hydropower Dam is another nail in the coffin of the Mekong Delta of Vietnam.

According to Dr. Le Anh Tuan of Can Tho University (Personal Communication, Feb 2016), over HALF the population of the Mekong Delta, i.e. 10 MILLION people (!) could become “Environmental Refugees” as the result of the Mekong Delta sinking over 1-1.5 metres – courtesy of more Hydropower dams upstream retaining vital sediments that keep the Delta afloat; and, exacerbated by rising sea levels due to Climate Warming. In turn, Climate Warming is further increased by constant GHG emissions by Hydropower Dams!

“An environmental refugee is someone forced to leave their traditional habitat, temporarily or permanently, because of a marked environmental disruption” (as defined by Prof Essam El-Hinnawi.)

New Study  findings indicate a WORSE scenario than that mentioned above:

It has been estimated that, if the sea level rises by ONE METER > 39 % of the Mekong River Delta’s lands will be under water!

“This could displace more than 7 MILLION residents and flood the homes of more than 14.2 MILLION people in the Mekong River Delta; in addition to submerging HALF of the region’s cultivated land (Warner et al., 2009).”

“Sea-level rise, combined with other slow-onset processes, is expected to increase saltwater intrusion and degrade freshwater resources, reducing the viability of cultivable land and destroying mangrove forests, especially in the south of the country (ADB, 2013a).”

On the other hand, it is important to recognize that:

Laos officials in charge of the Hydropower projects on the Mekong mainstream, are effectively the main decision makers and decide the future of the Lower Mekong River and its 60 Million people. They happen to be under the control and tutelage of China, and supported by Oxfam Australia (Oxfam Manager for Cambodia, Personal Communication, October 2015.)

Of great concern is Laotian officials high level of ignorance, and disregard for social and environmental welbeing. The Director-General of the Lao Ministry of Energy and Mines, Daovong Phonekeo, told Radio Free Asia during a meeting of the Mekong River Commission (MRC) in Luang Prabang on Feb. 17, 2017:

“The Lao government has already decided to go ahead with the [Pak Beng] project because it is a good project,” he said.

“It will turn water into a USEFUL RESOURCE instead of letting the water flow down the River USELESSLY. We want to make this resource more valuable.” (!?!)

NOTE: A main Laotian bureaucrat that makes the decisions that affect the Lower Mekong River and WHO SEES NO VALUE IN A RIVER, which feeds 60 million people, supports a $7 billion dollar fisheries industry, provides water for drinking, irrigation, a multi-million dollar aquaculture industry, and supports a multi-billion agriculture industry, among a myriad of other services, is indeed a serious threat to the shared governance of the Mekong River.

As he clearly stated, Laos has already decided to forge ahead with its 3rd Dam in the Mainstream of the Mekong River, the Pak Beng Dam – regardless of the fact that there isn’t a completed EIA in place and not caring what the MRC says…

On the other hand, at the same event in Luang Pragang in Feb. 2017, the CEO of the MRC, Mr Pham Tuan Phan, did not acknowledge the Pak Beng Dam is going ahead. Instead he stated:

“According to the procedures, we have one month to review whether documents and data of the project are comprehensive or not, and 6 months later, we will consider the project on technical aspects. Thus far, we could not give out any comment yet. After 3 or 4 more months, we will conduct another regional consultation meeting on this project. At that time, we will able to give out some certain assessments.”

The meetings with the MRC are clearly a ‘mere formality’ to pretend all diplomatic avenues are being covered…   It begs the question: Why bother and waste valuable sponsorship money if Laos will do as it pleases regardless? It’s an exercise on futility, and a Machiavelic charade…

The MRC and the governments of China, Thailand, Laos, Cambodia, Vietnam, and Australia – are promoting a Humanitarian Crisis in SE Asia as never before seen, in the name of “Economic Development & Growth”:

It is unacceptable that this be done to favor Trade Agreements, which mostly benefit the Elite, Developers, Companies and Banks, but not the people.

This lack of social and environmental responsibility is immoral and highly unethical!

We urge the MRC to STOP the “diplomatic excuses” and take action as per your mission statement. There are enough studies that support a Ban on Hydropower Development in the Mekong basin for all the reasons stated above, and as the MRC itself advised in 2010.

Laos and Cambodia must not be allowed to build any more Dams in the Mekong  River Mainstream or major tributaries, as proposed.

If the MRC really cared and wanted to align to its core mission of ensuring the balanced and equitable use of the Mekong River, it could apply the principles of International Law – regarding the Shared Governance of the Mekong River – by taking the case to the High Court in Geneva to resolve the issues of: protection of the Food Security of  60 Million people, the biodiversity and  the viability of the Mekong River Ecosystem.

For other details, we invite you to listen to our Podcast #1 , which offers the public an Overview of this “Mekong River Ecocide”, and spells the facts as they are. A forthcoming Second Podcast will address: the MRC lack of responsibility permitting the construction of other Dams, such as Pak Beng Dam to go ahead. We’ll also expand on the impacts on the Mekong Delta, the Tonle Sap Lake & Wetlands, Aquaculture and more.

Clean Waters and Productive Water Ecosystems
are the RIGHT of every human, animal and plant on Earth 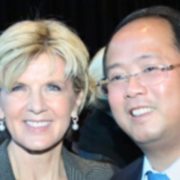 Cambodian Mekong Dams -The Elite & Trade Agreements vs. The Poor